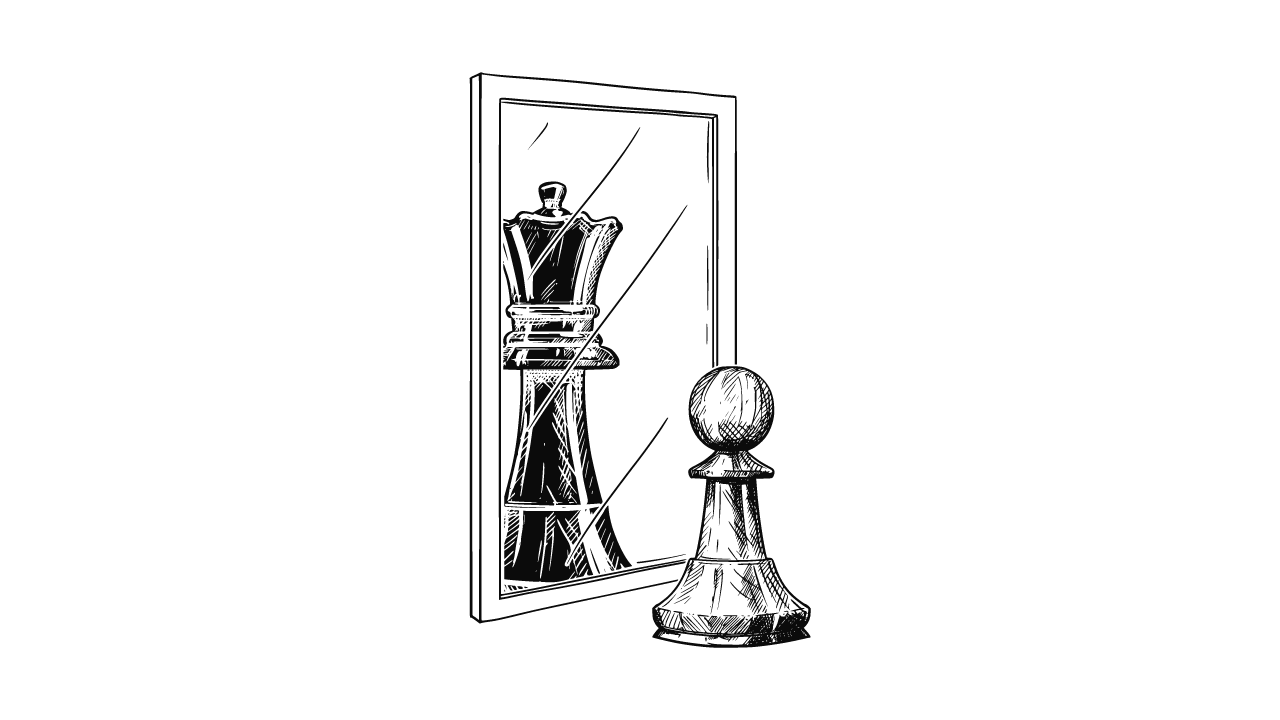 I had a tough conversation with my daughter, Piper, the other day.

It was the first day back to school after winter break and she was in her room getting ready. This usually causes her to stress because she is very focused on her appearance, even though she's only 8 years old.

She was upset at her outfit choices and how her hair looked.

In fact she was so upset that she started to say negative things about herself.

"My hair is dumb"

It was tough to hear but it was an opening for a conversation about self identity, belief and how we talk to ourselves.

(it ended up being a very valuable conversation for both of us and I've noticed a difference in her over the past week - dad win!)

The theme of the conversation, self identity and beliefs, stayed on my mind all week.

I'm a financial advisor so my mind tends to look at how money relates to our lives. And that's no different when it comes to self identity. I strongly believe that how we view ourselves plays a big role in our financial life.

If you self identify as someone that is not good with money or someone that doesn't deserve wealth, then that's going to be your reality.

Basically your self identity can completely fuck up your relationship with money and your chances of building wealth.

Money will always bring stress to your life and it will always feel out of reach, like it's something for "other people". This will be reflected in your money habits as well.

But here's the thing, self identity is usually formed from subconscious beliefs that we've picked up throughout our life from listening to family and friends.

At some point we might've learned to resent money or believe there isn't enough for everybody or we were told money is bad therefore it's noble to not have money or we hold the belief that having money would make our life too complicated so we'd rather not have any.

No matter what the belief is, it sounds a bit ridiculous when it's said out loud huh?

Often times we don't even recognize these beliefs because they're part of our subconscious. On the surface you may be thinking "hell yeah I'll take money all day long if you're handing it out!" but deep down your subconscious is hollering out one of those negative beliefs I just mentioned. And unfortunately the subconscious is the one that's really in charge.

Here's the good news though...

Because your self identity is based on your own beliefs and therefore completely made up...that means IT CAN BE CHANGED.

You can change your beliefs and how you view yourself, which will ultimately change your relationship with money.

In his book Atomic Habits, James Clear has a section on identity and the important role it plays in successfully changing your habits. He says "Behavior that is incongruent with the self will not last. You may want more money, but if your identity is someone who consumes rather than creates, then you'll continue to be pulled toward spending rather than earning."

So changing your identity will affect your habits, which will increase your confidence with money and eventually lead to building wealth.

Basically if you view yourself as someone who is good with money and capable of building wealth, then that will be your reality.

It will take time though. You aren't going to immediately feel like you're completely on top of your money situation.

It'll take a series of little actions, small wins, to start changing your identity to someone that is good with money. Someone that can build wealth.

There's science to back this up too.

There was a study published in 1977 by psychologist Albert Bandura, where he identifies the primary difference between people who accomplish goals and those who fail. The study determined that "people with high assurance in their capabilities approach difficult tasks as challenges to be mastered rather than as threats to be avoided."

Most people view money as a threat to be avoided. They're lead to believe it's overly complex and scary and finite. They dismiss any idea of trying to understand it.

I know the answer, and I hope after reading this you do too.

If you want more resources on money beliefs and self identity, here are a few:

You Are a Badass at Making Money by Jen Sincero (don't let the title scare you away, it's a great book)

And lastly, I have a questionnaire you can go through with a few questions that will get you thinking about your money beliefs and where they came from.

You can check it out here